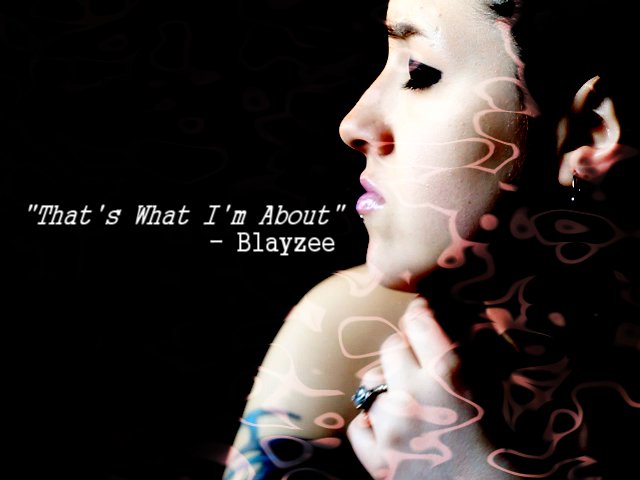 BlaYzee (born Brittany Lynn Blazey on October 17, 1992) known by her stage name BlaYzee, is an American hip hop artist from Cleveland, OH. She has been rapping since she was 8 years old. She grew up with a single mother and younger brother. She struggled financially, making it hard for a comfortable living. In 2002 (8 years old) She was introduced to rap. Which then pursued her career in the music business. Twitter - http//www.twitter.com/officialblayzeeFacebook - http://www.facebook.com/BlaZey92

Ryan Robinson said…
Thanks for the add I'm Ryan :D

Clarissa said…
Hi Blayzee I would like to welcome you here.  This is a really nice place to be.  There are so many talented people here.  I hope your day is FUNtastic.  Add me as a Friend if you want to.

Ashley Matthews said…
Thanks for the friend request :)