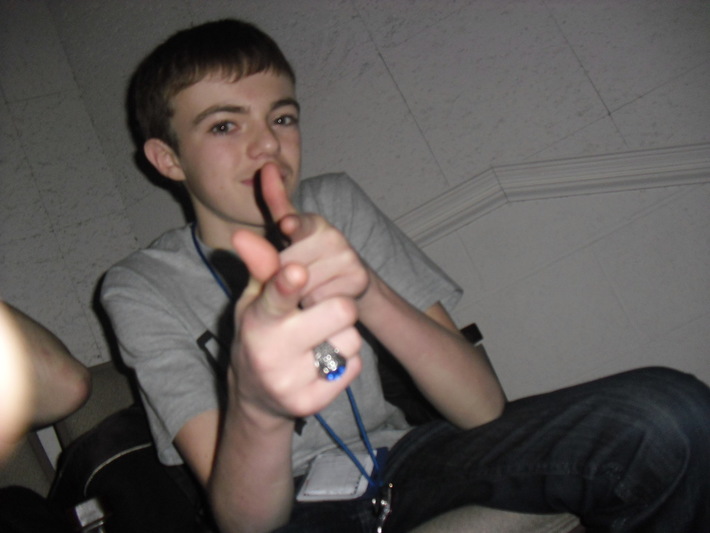 Is 16 years old and loves all things theatrical is very involved in the theater department at his shool and has been in many musicals at proffesional theaters. For his future he wants to study at Indianapolis University and major in theatricals. In his spare time he likes to skateboard and make short films. He joined Ark on April 4, 2011 mainly because he hopes to get noticed and is madly in love with Rebecca Black (not trying to be creepy).

Hey James :) Thanks for adding me on here! Glad to have you as a new friend.. hope you enjoyed my music!!! Rock on, new buddy!!!