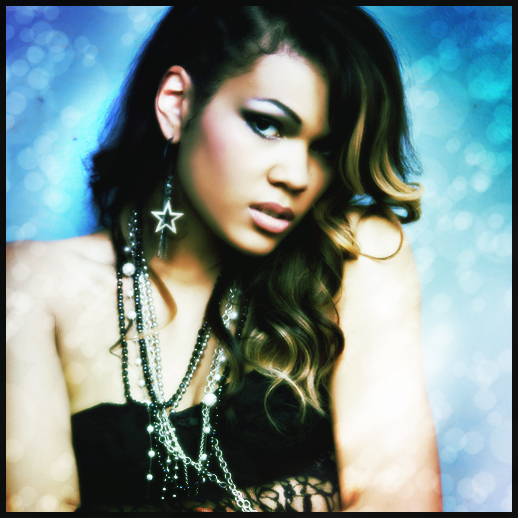 Welcome to the RainbowPopp universe!!

Hey guys, you have reached my profile!! My name is J'anelle, I am primarily a singer, and I'm here to share my music with you and the world!

Please take the time to listen and rate my songs as well as add me as your friend! If you have any questions don't be shy to ask!

If you don’t like to be surprised, rising star J'anelle Avery may not be right for you. She is never the same, constantly morphing right before your eyes. With every word she sings you discover a new piece of the complex puzzle that is Rainbow Popp. This pop starlet brings an effervescent burst of energy to a predictable industry with her bold style, off the wall attitude, and captivating talent. And the people are eating her up like candy.

After the release of just her first single she was already being hailed as one of the hottest indie artists on the internet. In March 2010 J’anelle released her debut single “Hammer At It,” an electronic infused challenge to the sexes, daring a woman to play the tease and demanding for every man who wants a chance to give it all or go home. The song received the Platinum Auddy award through the site uPlaya.com, their highest honor, indicating that “Hammer At It” was a sure-fire hit. Within days of its release the song received airplay in Turkey and Japan, and hit the top of several internet charts, and remains in rotation on many sites and internet radio stations across the globe, all without a record deal or contract.

Outside of her work in music, J’anelle is an avid philanthropist, dedicating her time to projects like the Jerry Lewis MDA Telethon, as well as work with local organizations including the Lend A Hand Foundation which offers school supplies to poor families. J’anelle has a long history of volunteering, and gives herself and her music regularly to help those in need. J’anelle Avery is truly a rainbow to the world, bringing light and positivity through everything she does, all while maintaining style and an incredible work ethic. On March 18th of 2011, J'anelle Avery and several other artists partnered up with AMAHits.com to help the victims and survivors of the 9.0 earthquake in Japan. 100% of the sales of her song "Hammer At It" made though AMAHits.com will go to Red Cross to help those still in crisis in Japan. You can still help out today!!

J’anelle Avery plans to continue pursuing her career in the entertainment industry, writing new songs and releasing more great music to the public. With her latest release entitled “Bad Money,” J’anelle has stepped outside of her boundary box and captured something truly exciting. The song features Janelle’s unique voice singing a gritty hook that chants, “I want Bad Money” over a hypnotizing club beat by DJ iLL Tek in a way only a pop diva knows how. J’anelle hopes to reach more fans and perform for bigger audiences, and intends to take her music straight to the top, and at the rate she is going, there is no doubt she is well on her way.

Other accolades include receiving the Bay Area Spotlight Award for Best Unsigned Artist in 2011, and receiving a nomination in the Pop Category in the 2011 eWorld music awards. She has also been chosen as one of WDEP's top indie artist Interviews from 2010. J’anelle is known to be an incredible interviewee, wowing audiences with her intelligence and humor, as well as her incredible personality. With her unique style and ever-flowing positivity and charisma, J’anelle Avery is the face of a colorful new generation. She does it all and she does it her way. Not just a pretty face, but an entertainer, a star, and soon to be a legend. Love her or hate her, you will respect her. And you will never forget her.

Hey, I'm a new artist here at Ark and it would mean alot if you take a minute to check out my profile,music and comment your feedback. I promise you good music, thanks 8) - Donny

Mark Vital said…
Im doing very well. :) I live in Ny and its amazing!! IMY and i miss the way Ark used to be.

Briana said…
Your welcome and you have a really great voice!! :D

BassVybez Music said…
new songs uploaded.. check 'em out under our profile. "Pray" being one of them, original dedicated to the victims of the Japan/Asia Pacific earthquake. Please donate, view our profile for more details.

new songs uploaded.. check 'em out under our profile.

Kaitlyn McBride said…
Thank you, and no problem:)