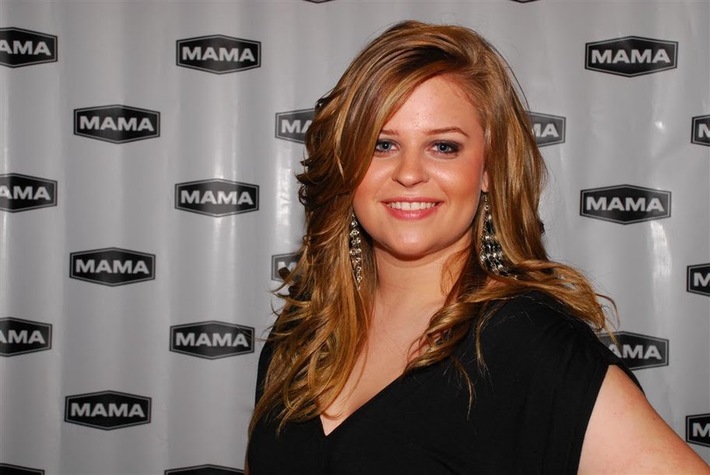 I am a 16 year old singer/songwriter with big dreams of becoming a major recording artist and have already been recognized by A&R. My family has recently moved to the Chicago area. I have been working Beth Kille formerly of the award winning band Clear Blue Betty. She produced my album "Behind Blue Eyes" released in October 2010. I recently won two 2011 MAMA Awards in the Youth division: Best Album of the Year and Best Female Vocalist of the Year. June of 2010 won a Tommy Award for Outstanding Supporting Performer for my performance in The Musical Fame as Mabel Washington singing "Mabel's Prayer".

I have been singing since the age of three when my mom bought me a Disney Princes tape. I did take vocal lessons at the age of 6 til 7 at Viterbo Prepatory School when we lived in Lacrosse my school teacher told my mom that I should be in some kind of music class cause she felt I could sing very good for a 1st grader and had a incredible vibrato for someone so young Acting is another little thing that I do (been in school plays, leading roles) I landed a role in a movie filmed in Madison Its not a big role but it's a start. I also model which I love to do to. I modeled in LA at Paramount Studios for Catherine Schuller of Curve Style for a Divabetic runway show June '08. That's just a little of what I've been up to besides singing. Both of my parents are very supportive of me and my mom is currently my personal management and does everything she can to get me heard and noticed.

Clarissa said…
Hi, your welcome....I hope you are having a FUN day

Houston Rydelle said…
Hey, if u could check out my videos, that be great, thankss!!...if you want to that is, lol

Viking Quest said…
hi. hows it going? your pretty. cool profile.. nice to meet you. thanks for the friend request. i am a singer/songwriter/recording artist/music producer from New York.

George Mercer said…
Hey Kati... I tried to  find it, is it on your profile page?

See from your profile... you've done Musical Theatre....  I luv the stage.   I've put up Marie - from West Side story.... be interested to know what you think.