The reason why i want to talk about youtube. Is b/c all of my friends who sing and they arent very good are trying to put videos of themselves on there so that they can be like Justin Bieber. Aunistly I think that they shouldnt do that ive done that once and no one comented so if no one coments then you aren't good. But they wont listen to me so I guess I will just let them do what they want to do and if no one likes…

Hi, I'm just another girl with dreams in her mind, with a great passion in music and that would give everything if she had a simply opportunity of tell to the world what is the thing for she was borned: sing, sing and sing.

I wanna be a star

While I make my videos soon please support me while I be annoying about being famous but seriously we tried looking for agents and they want 1000 dollars from us! So If I make a video please put nice comments that'll make me feel better.

Listen to my New songs,Thumbs up me,Comment my things && Ill love you for ever! <3

How NOT to write a song

3. Not think about the lyrics. They ARE the song!

4. Not think about the musical structure, intrumental, chords, harmony, tune, etc. That IS the song!

5. Have the singer be a twelve year old, inexperienced girl who will pay you loads.

Once you have cleared up these problems, Ark, you will be more popular, guarrentied!

sitting on the couch

Vote for emPres to appear on new coast to coast mixtape. 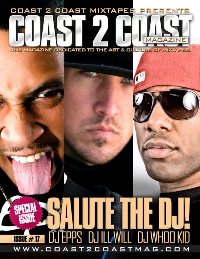 Dance to the beat

Tell Me - by Brianna Tuttle

As Im walking down the street.

My smile creeps upto my cheeks.

And Im thinkin' bout all of our memories.

What I do for you, and what you do for me.

And I know, this is…

Some things bout ME!

Hey everyone, my nam eis allisia. i love to sing but i've always been to scared to post on youtube so i thought since almost all the people on here are singing and posting then i shld to. i love music so much. i dont care how bad i sing i just do it haha. i like almost every kind of music. i like to take questions and dares haha i lov crazy fun like that. Well if you want to learn more add me as a friend and… Continue

I Wrote Two Songs For Ark Today One Called Tik Tok The Other Called My Moment Hope They Make It To Be Songs Or Demos :).

the meaning of us

Tired and weary, drooping and dreary

Sits there and thinks of me, in a room all alone this is my…