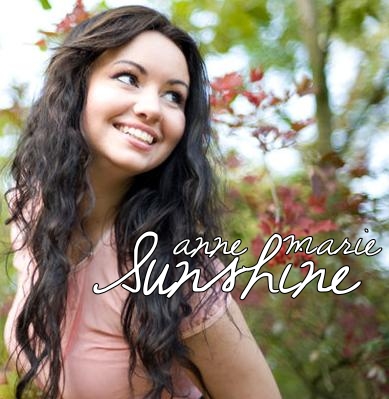 This young and full of energy lady comes from Poland. She moved to Holland, where she studies computer science, and left behind all her music projects. However, the future is in her hands!!!

Anne Marie started her music adventure by playing in musicals  in her home city. After that, she was invited to join the band called  "TST".

She cooperates with producers and singers from Holland, Poland, Norway and- most of all -from Italy. Now, Anne Marie works on her new music projects as well as on her solo album.

In 2009 the Anne Marie Sunshine BAND was formed.

Wynona Leigh McCullough said…
I'm in the top 5 of the ARK contest. I hope you'll VOTE for me!!!
http://www.arkmusiccontest.com/wynona-leigh-mccullough/
Wynona

I would like to be Ur friend (: Have a nice day Anne marie (:

Kayla loves you♥♥♥♥ said…
Ur such a good singer :D i absoluetly love you♥ And ur really pretty... well, ur alot of things but ur amazing:D

Don't listen to that jerk on the chat ur music is awesome. he is just jealous. anyway i am courtney and u r a lovely singer.

Jason Lavine/Mojo Jojo said…
hey check my videos and music out too plzz. i love your voice

Clarissa said…
Hi Anne Marie I know joining a new website can be confusing  I know I was confused when I first joined...Welcome to the site...my name is Clarissa...hope you are having a FUN day...add me as a friend, the way you add friends is that you click on their picture and it takes you to their profile page, there you  click on ADD AS A FRIEND...that will send a message to the person you want to add as a friend....this is a really great site to be part of